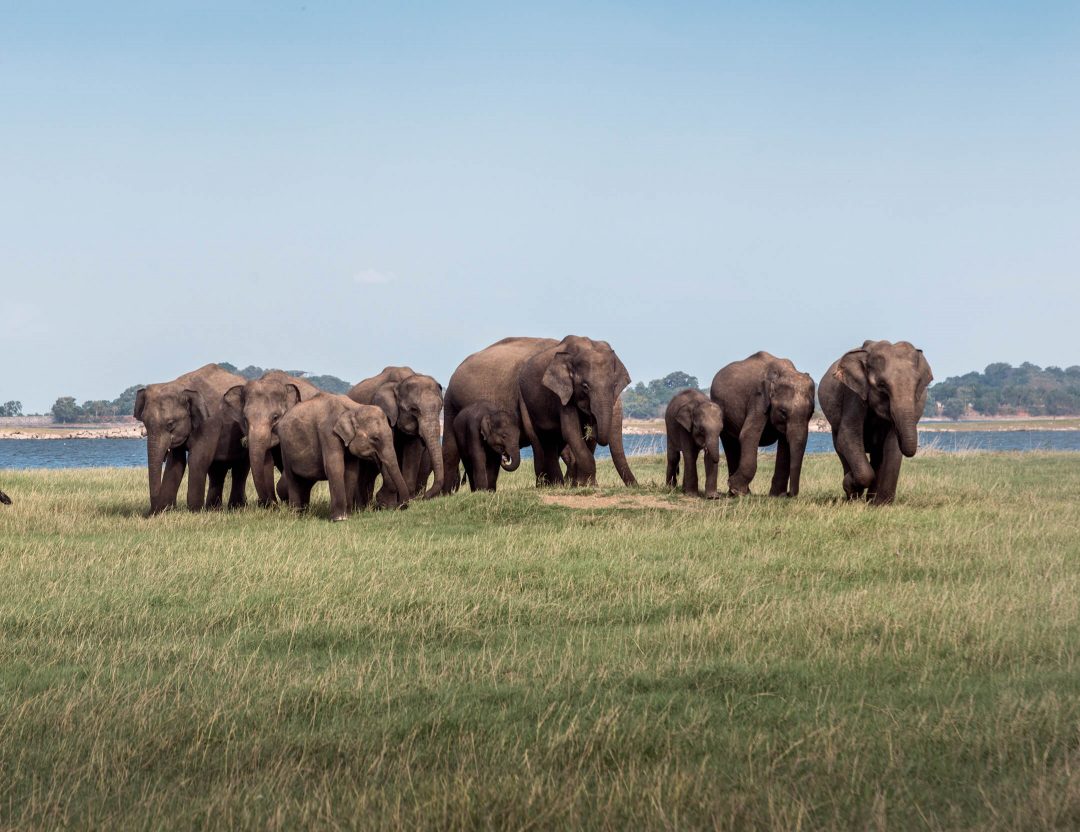 Our mission is to meet the unique needs of each hospice organization through exceptional service, timely innovation and a deep commitment to patients and their caregivers. It takes an incredible amount of dedication, compassion and kindness to provide the care and support that hospice patients need and deserve. Our core values of compassion, customer service, creativity, collaboration and connection are central to how we support our hospice partners, colleagues and local communities.

The Significance of the Elephant in the Logo

The elephant is unique in the animal world for its response to death. Throughout their lives, elephants form close family and community bonds and when these bonds are broken by death, they respond in a very human way through visible grief and mourning for the loss of one of their own. They bury their dead and “encircle” the grieving as one compassionate community, and although they need to move on for survival, they will often return to the burial site as if to never forget.

Our logo also provides a unique opportunity to bring to light the metaphorical “elephant in the room,” which in our profession is often the discussion of terminal illness and the dying process. Transparency and comfort are needed to serve our patients and their families and our goal in the hospice community is to provide such avenues for open discussion and growth.

The Enclara team attends over 50 conferences a year. Come visit our booth at an upcoming event—click on events to learn more.

As vice president of pharmacy service operations at Humana Pharmacy, Mark oversaw 16 domestic and overseas contact centers with a combined team of approximately 3,000 associates. Under his leadership, Humana was consistently named the best in Mail Order Pharmacy Customer Satisfaction in the J.D. Power U.S. Pharmacy Study.

Prior to his operations role, he served as a practice leader for Humana’s PBM sales and client services area. He also worked closely with clinicians to develop and market disease-management programs for the self-insured group coverage market. Mark is highly engaged in information technology issues, having served as an IT consultant, as a business owner for United Healthcare’s consumer portal and as an advisor for a palliative care innovation start-up.

Outside of his healthcare career, Mark has also trained in martial arts for over 40 years, holding a fifth-degree black belt in Chinese Kempo, competing in regional tournaments, and instructing students at his local dojo. Although less of a master when it comes to golf, he is always happy to hit the links when time allows.

Mark holds a Bachelor of Science in Management Systems from Rensselear Polytechnic Institute, America’s first technological research university. He is based in Louisville, KY and spends time at Enclara’s Philadelphia and Memphis locations. He and his wife, Brook, have two adult children and a mischievous terrier.

SVP and Controller Ellen Schneider, CPA, has been with Enclara since 2013 and helped manage the integration between Enclara and ExcelleRx to create Enclara Pharmacia. She is currently responsible for Enclara’s financial operations. Prior to joining Enclara, she worked in related healthcare fields, including institutional pharmacy, hospice, and long-term care, as well as public accounting at KPMG.

Deanna Douglass oversees business development at Enclara Pharmacia, managing a national remote workforce responsible for the sales, client training, education and in-patient unit services. With a nearly 20-year career at Enclara and its predecessor companies, Deanna is a go-to resource for nearly anything related to hospice pharmacy. Her deep understanding of hospice workflows, pain points and priorities helps Enclara customize the right solution for each hospice.

As a licensed pharmacist, she has worked in a variety of pharmacy settings including retail, hospital and long-term care. She has consulted with hospices across the country to reduce medication cost and improve patient care through appropriate medication selection and best practice guidelines.

An evangelizer for relationship management, Deanna sees strong potential for hospices to improve outreach to doctors, families and communities so that more terminally ill patients are able to access hospice earlier in their disease progression. She also has an interest in helping the hospice and palliative care community improve operating margins through strong fiscal management and vendor relations.

Deanna holds a B.S. and Doctor of Pharmacy from St. Louis College of Pharmacy. She is based in the St. Louis area.

Scott has devoted his entire career to healthcare, having served in various leadership roles within the administrative, finance and legal professions. Prior to his current role at Enclara, he served as General Counsel and was instrumental in the merger between Enclara Health and Hospice Pharmacia.

A seasoned strategist with more than 20 years of progressive healthcare marketing and communications experience, directs and manages programs that result in lead generation, new business opportunities and corporate growth. His team is responsible for messaging across multiple channels for prospect, client and employee communications.

Throughout his career, Anthony has served in various roles of increasing responsibility that include directing experiential marketing programs, account management and operations. Previously, he held marketing management positions at PharmaWrite, Advanced Health Media, and Campus Dimensions.

As AVP, Product Management oversees Enclara’s internal and external digital products, including the E3 Pro mobile and desktop application which streamlines ordering, fulfillment, and management for patient medications, durable medical equipment, and medical supplies. Prior to joining Enclara in 2021, Megha has over a decade of experience in product management roles at CVS Pharmacy and Staples, focusing on omnichannel fulfillment, ecommerce and pharmacy experiences. Megha holds a B.A in Psychology from Creighton University and an MBA from The University of Chicago Booth School of Business.

Ryan Krout oversees a national team of pharmacist clinical managers who collaborate with hospice leadership to improve care, optimize workflows and manage pharmacy costs through market-leading clinical education initiatives based on medication utilization metrics. Ryan joined the company in 2018 after several director of pharmacy roles at a national long term care pharmacy and community hospital. He has also served in account management and clinical roles for a pharmacy benefits manager for managed care.

Patrick Leary is responsible for ensuring that each Enclara hospice client benefits from collaborative and responsive service and support. His extensive professional experience with both hospices and pharmacy benefit managers makes him uniquely suited to his role.

In addition to overseeing and developing a highly engaged account management team, Patrick advises clients on topics managed care organizations, government relations and physician referral relationships. He is also a sought-after resource on issues around staff training and development and principles of customer relationship management as they relate to cultivating referral partnerships in the community.

Patrick earned his B.S. in Business Administration and Management from Baker University. He is based in the Kansas City area.

As VP, Information Technology, Kerry Lord oversees Enclara’s enterprise systems, software development, interfaces, business applications, and business intelligence. He previously spent 15 years managing software development at the company. During that time, he led a variety of innovative projects, including Enclara’s first E3 Mobile app and the Electronic Prescriptions for Controlled Substances (EPCS) certification process. Prior to joining Enclara, he managed IT operations for an early adopter of online retailing technology.

Kerry holds a B.S. in Aviation/Airway Management and Operations from Jacksonville University and is an expert on Microsoft.NET (C#) and SQL Server as well as many other supporting technologies. He is based in South Carolina.

Are You Compassionate? Motivated?
Seeking to Make a Difference?

Think About Joining Our Team

The Enclara Pharmacia staff encompasses an unmatched team of talented, diverse, and driven professionals who are committed to providing experience and expertise across a broad range of services for patients, their families and the teams of professionals who serve them.

At Enclara Pharmacia and the rest of the Enclara Healthcare family, we are committed to service excellence, integrity, teamwork, continuous improvement, accountability, and a fun and fulfilling work experience. We are dedicated to exceeding expectations in everything we do and all our interactions are guided by the principles of dignity, understanding and compassion.

A career at Enclara Pharmacia means the opportunity to work with bright, caring, enthusiastic professionals who can turn tough challenges into real solutions. We recruit and develop energized people who can add meaningful value to our company, and who have a desire to enrich their careers in an expanding area of healthcare while making a positive, direct impact on patients and their loved ones’ lives.
We are a drug-free workplace that conducts pre-employment drug testing and background screening. We offer competitive salary, benefits, a supportive environment and the opportunity to be a part of an expanding new market.