Over the last two years, Americans have become increasingly familiar with the concept of supply chains and just how fragile they can be. Of course, gaps in grocery store shelves may be a new experience for consumers, but drug shortages have been a fact of life in the US for decades.

While drug shortages affect the entire medical field, they are especially disruptive to hospices for several reasons:

Why Are Pharmaceutical Shortages a Problem?

To understand why supply disruptions are such a problem, it helps to understand the market, which is divided between brand name and generic medications. When a company has exclusive rights to manufacture a particular drug (usually due to patent protections), it has significant leverage in pricing and often invests in branding and marketing to increase demand. When multiple companies can make a version of a drug, the price falls. These products are usually sold generically at a fraction of the cost of their branded equivalents.

Today, generics account for 90% of US prescriptions, but only 20% of total prescription spending. Generic utilization in hospice is even higher. Generics help keep a lid on prescription spending, but there is a downside. Because generic medications are considered interchangeable with their branded equivalents and each other, they compete solely on price. As more competitors enter the market for a drug, prices may fall too low for manufacturers to justify investments in quality control, backup capacity and other best practices. Instead, there’s a race to the bottom, leading to overreliance on overseas production and a handful of suppliers. 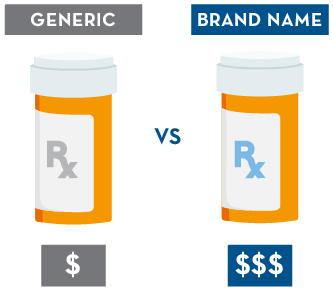 In the early 2000s, increased generic utilization led to market volatility and a steep rise in drug shortages. Companies would reduce or pause production for business reasons or even exit the market for certain products without warning. Lapses in quality control also led to sudden FDA facility closures. These issues reached a head in 2011 with over 250 new shortages.

Starting in 2012, the FDA gained new authority to secure the nation’s drug supply. A key provision required manufacturers to provide six-month advance warning when they plan to reduce, pause or cease production, allowing the FDA to work with other companies to increase production. These changes led to a sharp drop in shortages, which reached a low of 26 in 2015 and around 150 successful FDA interventions each year. However, both new and ongoing shortages (total at year’s end) have trended upward in recent years, in part due to disruptions to manufacturing facilities.

Increased shortages reflect limitations in FDA authority. The agency cannot force a company to make a particular drug. While it can shut down production due to quality issues, it cannot require that companies have any contingency plans to maintain production. It is even limited in its ability to determine where drugs are actually produced.

Pricing pressures, industry consolidation and globalization have all led to long, complicated and often opaque pharmaceutical supply chains, as well as overreliance on a handful of suppliers and regions. However, surprisingly little is known about the origins of the drugs we take.

The opaque nature of the pharmaceutical supply chain has led to some unpleasant surprises:

There are two important terms to know when it comes to pharmacy supply chains:

The FDA requires that all FDFs and APIs for the American market to be produced in registered facilities subject to inspection. However, the actual production volumes of those facilities is considered a trade secret. As a result, while the FDA knows and reports on the number of registered physical plants and their locations, it has no way of determining if a particular facility supplies 100 percent of a drug or none at all.

While we do not know the exact origins of our drug supply, it’s clear that much of it has moved overseas. While US retains significant manufacturing capacity, a recent report found that of 118 medications deemed essential by the FDA, 58 include an API with no domestic producer.

Available data show that most production of generic medications has moved to China and India. Some reports suggest that up to 80% of generic drugs sold in the US include at least one essential production step in one or both countries. This dependence is troubling for many reasons: 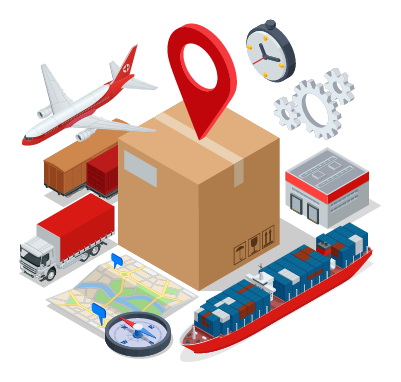 As the pandemic phase of COVID-19 recedes, geopolitical instability is rising, leading many countries to examine their dependence on global markets for lifesaving medications. In coming years, regulations, incentives and subsidies may help diversify sourcing of pharmaceuticals and their components and encourage stockpiling of some products with extended shelf lives. In the short term, however, it’s likely that providers and patients will bear the brunt of continued shortages.

Meeting this challenge will require flexibility and collaboration among hospice providers and their pharmacy partners and flexibility around preferred drug therapies. Examples include:

Enclara Pharmacia supports hospices in all of the shortage mitigation methods listed above, ensuring timely and appropriate symptom management for patients while helping hospices work more efficiently and manage costs. To learn more about Enclara’s customized hospice pharmacy solutions, please request a free, no-obligation analysis from one of our experienced consultants.