Making it Work (From Home): How Enclara Pharmacia Maintained Service in the Midst of a Pandemic 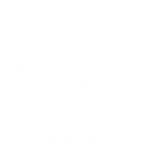 Think back to early March. Few of us were expecting COVID-19 to change American life the way it has. Still, Enclara Pharmacia was planning ways to protect staff and maintain service.

“It was at our March 5th business continuity meeting that we realized this was going to be big,” Director of Human Resources, Paul Williams said. The impact would be well beyond what our existing plans covered. We looked at ways to mitigate risk and maintain operations. The best option was for our in-office associates to work from home. The next question was whether we could actually do it while maintaining the level of service our customers expect and deserve.”

There were several challenges, particularly for the pharmacists and pharmacy technicians who staff Enclara’s call center. The first was the requirement for in-person supervision of pharmacy technicians by licensed pharmacists. Enclara’s compliance staff worked with trade associations to petition state boards of pharmacy for the flexibility to use virtual supervision. The company also had to ensure associates understood how to maintain its privacy and security guidelines in a remote setting.

With those problems solved, a major logistical challenge remained – how would the company transition onsite associates to working from home? Enclara has always had a large contingent of work from home associates, but typically, transitioning someone from onsite to working from home would be a weeks-long process. There would be equipment ordered, internet connections checked and more. This would be something else entirely.

By the second week of March, Enclara’s information technology team had made progress. That included expanded network capacity, additional virtual desktop licenses and extra equipment. Still, there was a lot of work left to do on March 13. That’s when Enclara’s senior leadership made the decision to start sending people home. It was time to improvise.

With needed equipment on backorder, Senior Manager, IT Operations Mark Schreiber and his team took stock of all the resources at their disposal and developed their Plan B. They would have to leverage what they had.

“A lot of senior staff already had laptops, so that was pretty simple. Other employees already had computers at home. We were able to connect them through secure virtual desktops that operate on Enclara’s servers,” Schreiber said. “With others, our best option was to use their desktop systems from the office. The call center staff needed their phones and the ability to connect them.”

IT Support Specialist, Mark Gonzalez, was one of the employees tasked with getting staff needed equipment. That meant packaging up desktop computers and phones along with various cords and adaptors. The team also had to develop instructions for different setups.

“We set up 20 to 30 people a day in our Philadelphia office. They would drive right up to the loading zone. We’d load their equipment right up for them and provide instructions. At the same time, we had to keep up with tech support calls from the people we set up the day before.”

It wasn’t just the IT department. Everyone in the office contributed. Some packed up equipment while others assisted colleagues in getting their home offices up and running.

“Everybody jumped in wherever they could. They really crushed it,” Director, Patient Care Operations, Lauren Schmucker said. “We didn’t have a single disruption in service.”

All that work paid off. By the time states began issuing stay-at-home orders, 90 percent of office staff were already working from home. Health screening, deep cleaning and PPE protocols were in place at Enclara’s dispensing sites. Still, it would be natural to wonder if Enclara could maintain its high standards while working remotely. As it turns out, the answer was yes.

“We’ve had a number of pharmacists who have worked from home over the years, so we already had a blueprint. It was just a matter of expanding it across the group,” Schmucker said. “When it comes to quality and productivity, we’re seeing the same, if not a little better.”

Meeting and exceeding quality goals in the short term was a big win. However, team spirit is the “secret sauce” behind Enclara’s leadership in the hospice pharmacy sector. Maintaining that camaraderie has been a responsibility for leaders at every level of the organization.

“As a team, we’re very close. So much so that it doesn’t feel like you’re at work sometimes” said Chizomam Okpe, a pharmacy technician and team lead in the inpatient services department. “With everybody at home, that’s harder, but we’re doing a good job. I reach out to my team via email or call them to see how they’re doing. We set aside time to just  talk and share how we’re handling the daily stress of this situation.”

Today, Enclara is developing plans to bring people back to the office as conditions allow. With operations running smoothly, there’s no rush. Instead, the company can focus on getting it right, both for the safety of its associates and their ability to provide the highest level of service. That includes maintaining the positive changes and innovations that have come out of this crisis. Many associates note a renewed sense of mission and empathy for one another as well as the people they serve. 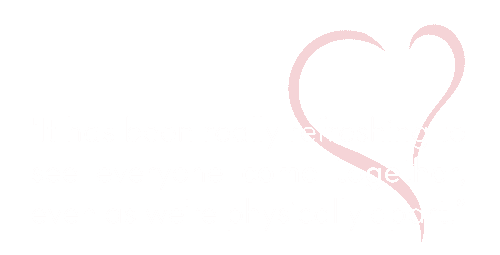 “It has been really refreshing to see everyone come together, even as we’re physically apart, Schmucker said. “I think we all knew how dynamic our company could be, but you don’t really have to put things like that to the test very often. It’s clear that we passed.”