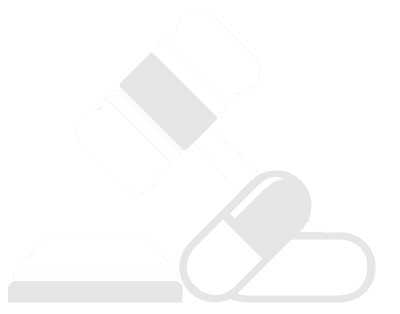 As the United States continues to combat the opioid crisis, legislators and regulators are taking steps to expand access to and utilization of naloxone and other opioid antagonists. These measures include standing orders that authorize non-medical personnel to issue naloxone and, most recently, action by the U.S. Food and Drug Administration (FDA) to enable manufacturers to produce over-the-counter versions of the drug.

Studies show distributing naloxone and providing overdose education increases the reversal of potentially fatal opioid overdoses. At the same time, there is no evidence the availability of naloxone increases the risky use of opioids (as some critics claim).

However, one aspect of the efforts to increase naloxone distribution could be problematic, perhaps even dangerous, for hospice patients.

Four states – Arizona, California, Rhode Island and Vermont – require health care providers to prescribe (or offer to prescribe) naloxone when prescribing opioids under certain circumstances. Generally, these mandates apply when a patient is using certain quantities of opioids, is prescribed opioids in combination with benzodiazepines, or is at risk of overdose.

These laws and regulations reflect guidance from the U.S. Department of Health and Human Services (HHS) and the Surgeon General, both of which encourage health care providers to prescribe naloxone and other opioid antagonists.

The rationale for these measures is simple and understandable, but the mandates in Arizona, California and Rhode Island could put hospice patients at risk by not exempting them from the co-prescribing requirements.

Clinicians who treat hospice patients note that the symptoms of an opioid overdose – shortness of breath, decreased alertness and loss of consciousness – mirror signs and symptoms common in the days prior to death. Family members or other non-clinical caregivers might not be able to tell the difference between an overdose and the natural progression of the dying process. In their confusion, they might administer naloxone to an imminently dying hospice patient, sending the patient into a pain crisis and withdrawal by reversing the palliative effects of the patient’s opioid treatment.

To avoid this risk, lawmakers can follow Vermont’s approach. Their regulation for naloxone co-prescribing exempts prescriptions for hospice patients.

Excluding hospice is still consistent with federal regulators’ push to increase naloxone distribution. HHS guidance and a related Surgeon General’s Advisory emphasize the need for patients and caregivers to confer with their healthcare providers regarding naloxone. These government advisories should not replace the judgment of trained medical providers, particularly those caring for the terminally ill.

In all cases, a healthcare provider treating the hospice patient should weigh the criteria for risk of opioid overdose against the risk of harm to a patient receiving palliative care at the end of life, and then determine whether it is appropriate to co-prescribe naloxone. Government officials should take care not to create barriers to effective care for these vulnerable patients.