Who Gets the Coronavirus Vaccine?

Now that two COVID-19 vaccines (Pfizer-BioNTech and Moderna) have received emergency use authorization from the FDA, we are beginning to get details of how they will be distributed. With healthcare workers, long-term care residents and seniors all slated for early access, hospices have questions about how and when their staff and stakeholders might be vaccinated.

The most important thing to know is that each state has the authority to set its own policies and may even delegate decisions to the county level. This will present challenges to employers and healthcare providers, particularly those with operations in multiple states. Additionally, both vaccines require storage at low temperatures, particularly the Pfizer product, which requires specialized freezers able to maintain -70°C.

The CDC Advisory Committee has recommended a phased approach to vaccine distribution. Under their guidelines, the first phase, 1a, applies to healthcare workers who directly interact with COVID-19 patients as well as nursing home residents. Most states appear to be broadly following this path, but there have been inconsistencies. Stanford Medical made headlines when it used an algorithm to prioritize who would receive its first allotment and ended up inadvertently excluding medical residents working directly with COVID patients.

Big Differences in Vaccination Priority at the State Level

When it comes to the next groups to receive the vaccine, things get murky. The CDC’s phase 1b recommendation includes adults age 75 and older along with frontline essential workers. However, Texas has defined its own 1b to include adults 65 and older while excluding essential workers. Massachusetts will take the opposite approach, with adults over 65 not included until later in phase 2. These states also differ slightly in their prioritization of home health workers. Texas includes home care workers, including hospice, in its 1a top tier group, while Massachusetts lists home care workers below all first responders and the staff and residents of congregate settings, including correctional facilities.

We can expect to see similar inconsistencies as state and federal advisory boards balance public health science, ethical considerations and politics. For instance, both staff and inmates of correctional facilities are at extremely high-risk of contracting the virus, but prioritizing inmates over the elderly could prove unpopular. The CDC includes correctional workers in its phase 1b recommendations but makes no mention of inmates. The CDC has also recommended prioritizing underserved communities, including people of color, but some question the legality of such an approach.

Different vaccine rollout strategies may also stem from the fact that vaccination campaigns have two potentially conflicting goals: reducing mortality/morbidity for individuals at high risk of complications and reducing overall transmission. The World Health Organization’s Strategic Advisory Group of Experts (SAGE) suggests that “limited vaccine availability justifies an initial focus on direct reduction of morbidity and mortality” but, with additional supply, the “strategy expands to reduction in transmission to further reduce disruption of social and economic functions.” 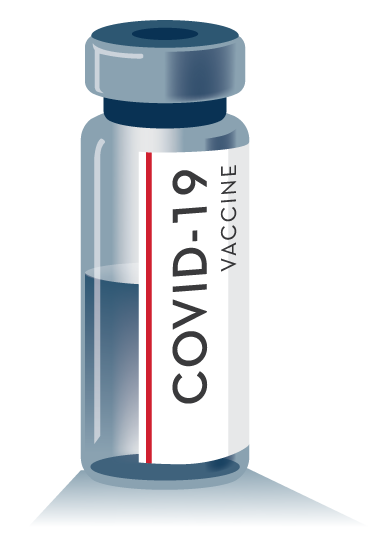 With varying vaccine rollout criteria among states, localities and employers, it’s important for hospices to work closely with their local health departments. Health care workers will be classified and prioritized differently depending on their location. Some level of confusion is inevitable and conflicts are already occurring at some workplaces. States may continue to refine their strategies and the incoming Biden administration may do so at the federal level.

The good news is that, by spring, vaccine availability will likely expand to more groups and the population at large. Some health officials are considering lowering the dose of the Moderna vaccine to or delaying the second dose of two-dose vaccines to confer at least some protection to more people. Also, Oxford University-AstraZeneca and Johnson and Johnson may be close to having sufficient results to request U.S. emergency use authorization. Unlike the mRNA vaccines already on the market, these non-replicating viral vector vaccines are easier to manufacture and do not require sub-zero storage. Johnson and Johnson’s product is a single-dose vaccine, which further simplifies distribution.

It all adds up to a strong likelihood that everyone who wants to be vaccinated will be able to do so by late summer. Then, the challenge will be ensuring enough people are willing to be vaccinated to achieve herd immunity and stop the spread entirely.

Enclara has additional resources to help you stay informed about this developing issue: