March is Women’s History Month and here at Enclara we are reflecting on the prominent role women have played in the hospice community from its very beginning. It is notable that the hospice movement in the United States can be traced back to four women:

In 1966, these four women came together with a few other like-minded professionals for a conference in New Haven, CT. There, they began turning their ideas about end-of-life care into an established field of medicine. While the modern-day hospice movement has engaged thousands of clinicians, clergy, social workers and laymen over the years, it all started with one English physician. 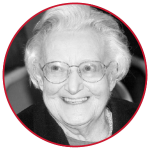 Like many young English women of her generation, Cicely Saunders trained to be a nurse during WWII but ended up starting her career as a medical social worker at London’s St. Luke’s Hospital for the Dying Poor, considered to be the first medical facility exclusively for those with incurable illness when it opened in 1883. The work there would inspire her to become a physician, pain management researcher and, ultimately, develop the three principles of end-of-life care:

Saunders would go on to travel widely, sharing her ideas around end-of-life care and the pharmacological protocols she developed for symptom management. In 1967, she opened Saint Christopher’s Hospice in London, considered the first modern hospice program. 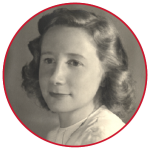 In 1963, Saunders was invited to Yale School of Medicine to deliver a guest lecture on application of her pain management research in cancer patients. One attendee, Dean of the Yale School of Nursing, Florence Wald, was inspired to see a doctor discussing the topic, noting “until then I had thought nurses were the only people troubled by how a terminal illness was treated.” In 1965, Wald invited Saunders to serve as a visiting faculty member. The following year, she convened the first American conference on end-of-life care and stepped down as Dean to commit full time to research and advocacy in the field.  Her efforts culminated in the founding of The Connecticut Hospice in 1974. This home-based care program provided symptom management along with mental and spiritual support to guide patients and their families through the “five stages of death” established in 1969 by Swiss-American psychiatrist Elisabeth Kübler-Ross in her groundbreaking book, On Death and Dying. 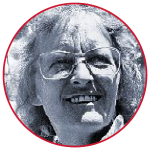 Although often oversimplified in popular culture, Kübler-Ross’ framework of denial, anger, bargaining, depression and acceptance was a powerful concept behind efforts to make the dying process more approachable for patients and families. As a medical school instructor in the early 1960s, she drew the ire of doctors when she began inviting their terminally ill patients speak to her students. Over time she became an outspoken advocate for better end-of-life care, testifying before the Senate Special Committee on Aging in 1972 and traveling all over the world to support the hospice movement. She is credited with helping launch over 50 hospice programs while her scholarship on death and dying made a lasting impact on multiple fields of medicine as well as psychology, bioethics and social work.

The essential role of social work in hospice doesn’t always get the attention it deserves and unfortunately neither does hospice pioneer Zelda Foster. Still, this Brooklyn social worker is a central figure in the hospice movement. In 1965, she published a seminal article in a social work journal based on her efforts to overcome a “conspiracy of silence” around terminal illness. The article gained attention beyond the social work field, leading Saunders and Wald to include her in their 1966 conference. While she didn’t go on to travel the world promoting hospice, she stayed plenty busy at home. The hospice program she developed over her decades at the Brooklyn V.A. hospital was replicated throughout the V.A. system. Upon retirement, she spent her remaining years sharing her experience with the next generation of social workers through a post-MSW certificate at NYU. Today, The NYU Silver School of Social Work’s Zelda Foster Studies Program in Palliative and End-of-Life Care (PELC) encompasses a range of initiatives designed to develop and mentor PELC social work leaders at all stages of their careers. 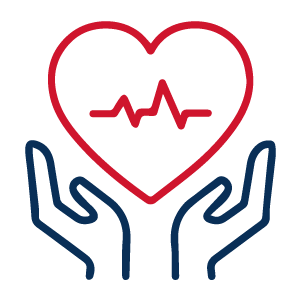 Each of these women gathered in New Haven in 1966 to begin a 20-year campaign to establish hospice care in the United States. All would continue supporting the movement in different ways throughout their lives. When they started, it was common for Western doctors to withhold terminal diagnoses from patients who would go on to die in a hospital bed, usually in pain. Today, more than half of Medicare participants receive hospice care in their final year of life and palliative care is recognized throughout the world. There is still much to do, however. In the US, hospice remains misunderstood and underutilized, particularly among minority communities. At the global level, hospice access remains inconsistent, particularly in low- and middle-income countries where rising life expectancy has created new challenges for end-of-life-care. There remains plenty of opportunity for both women and men to continue this vital work.